US futures for the Dow Jones, S&P 500, NASDAQ and Russell 2000 advanced on Tuesday along with European stocks after positive earnings results from Wall Street overshadowed persistent inflation worries.

Oil and gold weakened, but continued trading near recent highs even as the dollar strengthened.

All four major US contracts moved into positive territory this morning, with NASDAQ futures—the face of growth stocks—outperforming. Contracts on the small cap Russell 2000, representing value stocks, were less robust. On Monday during the New York session, the Russell 2000 index provided the best results, illustrating the investor push and pull between value and growth shares continues.

However, yesterday all eyes were on shares of electric vehicle maker Tesla (NASDAQ:TSLA) during Wall Street trade. The stock vaulted higher, gaining almost 13% on the day after rental car company Hertz (OTC:HTZZ) announced it planned to order 100,000 Tesla vehicles by the end of 2022 for its fleet. The surge pushed the market cap of the Palo Alto-based company founded by Elon Musk past the $1trillion milestone.

Facebook (NASDAQ:FB) shares rebounded late in the session and moved higher in pre-market trade after the company reported solid user growth and a buyback promise of up to $50 billion more in stock.

On Tuesday, the STOXX Europe 600 Index climbed for a third straight day, the eighth out of 10, with personal drug and grocery shares boosting the index after Reckitt Benckiser Group (LON:RKT), maker of Strepsils and Lysol among other consumer staples, reported higher than expected third-quarter sales and raised its full year forecast. Shares rose over 5%.

Earlier this morning, most regional markets in Asia gained, tracking the record-breaking rally on Wall Street. However, markets with a China focus, including the Shanghai Composite and Hong Kong’s Hang Seng slumped, pressured by the bond default of another Chinese property developer, Modern Land China (HK:1107) as investor fears continue to escalate about the much larger Evergrande Group (HK:3333)’s ability to settle its own debts.

Yields, including on the 10-year Treasury note, declined for a third straight day as investors remain confused about the inflation outlook. 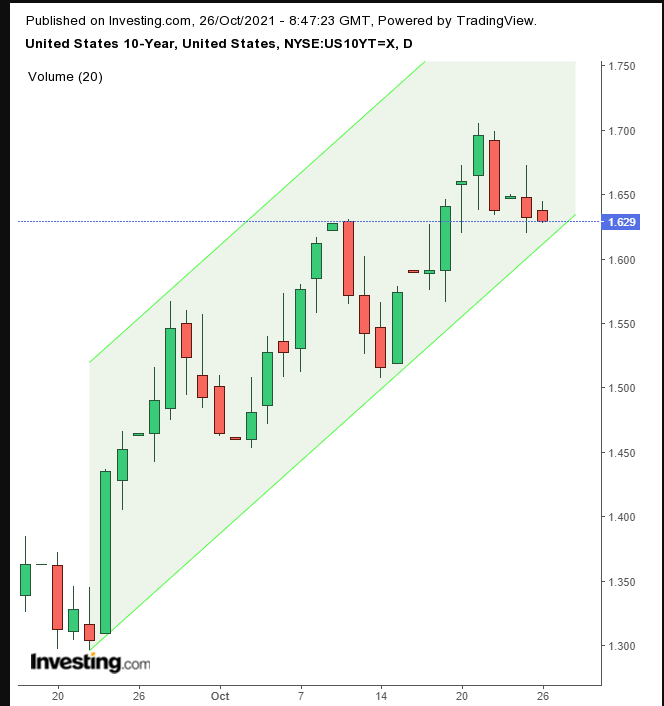 Rates have now fallen to the bottom of a rising channel.

The dollar rose for a second day but found resistance at what could become a bearish rising flag. 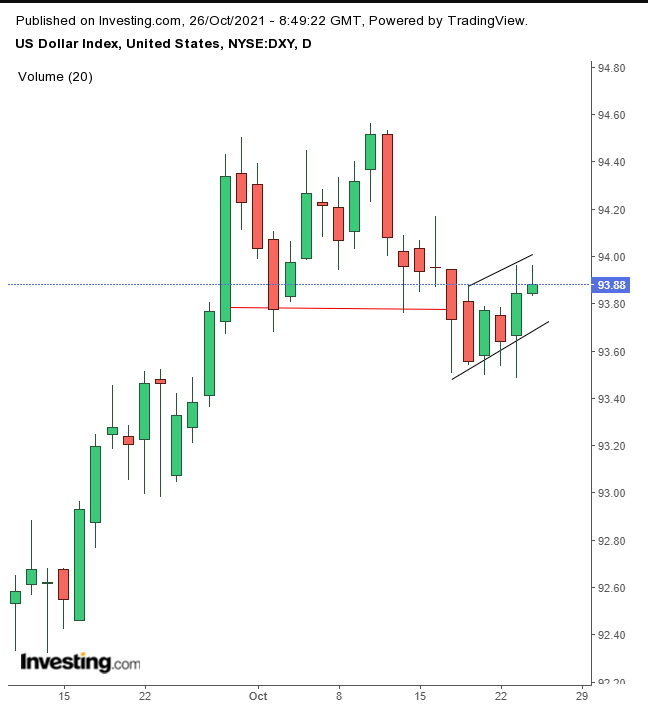 Should the pattern fully develop for the greenback, it would mark the end of a return-move to a small double-top.

Gold dipped on dollar strength, and perhaps as it meets resistance. 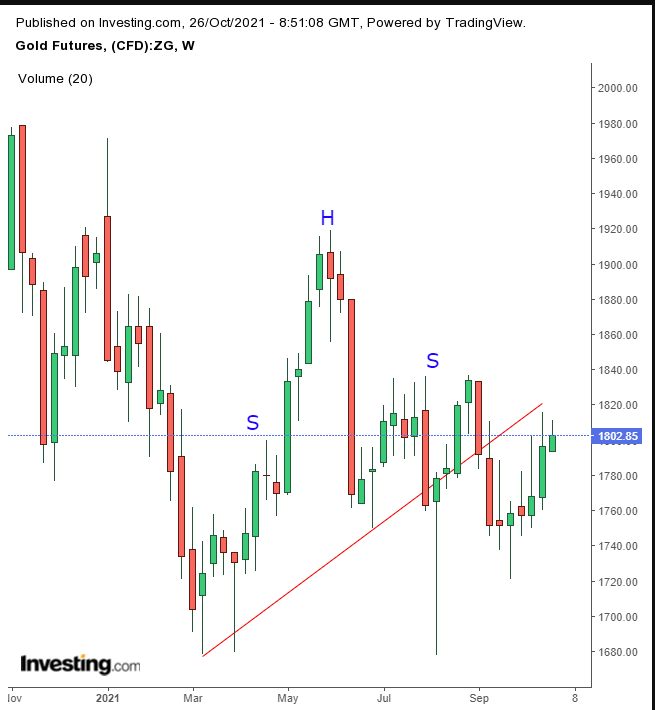 Gold has been unable to move decisively past the $1,800 levels for a third week, finding resistance where it meets the neckline of an upsloping weekly H&S continuation pattern.

Bitcoin has been flat after closing yesterday under $63,000. 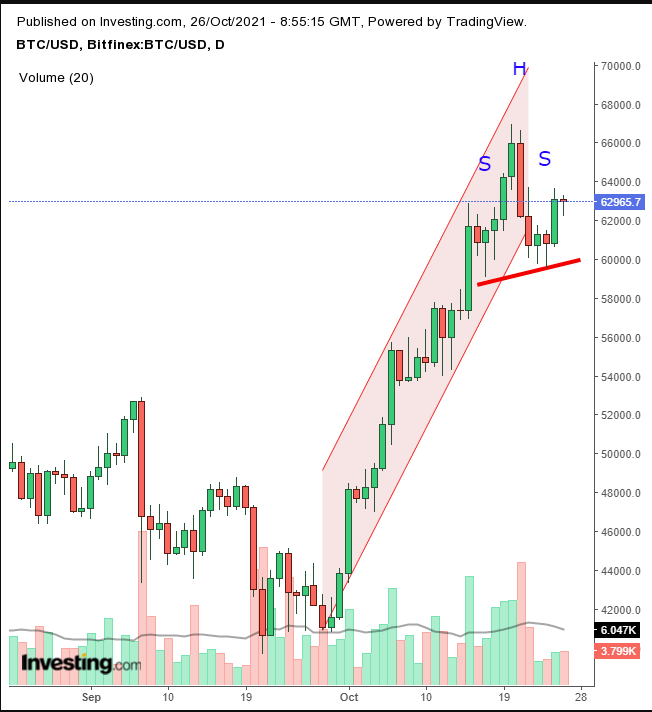 The digital token may have found resistance as it potentially forms the right shoulder of a small H&S top, after having fallen out of its rising channel. Note the high volume on the way down from the head and the low volume around the formation of the right shoulder.

Crude oil slumped towards $83 as traders considered upcoming inventories as well as talks to reintroduce Iranian crude into the market.